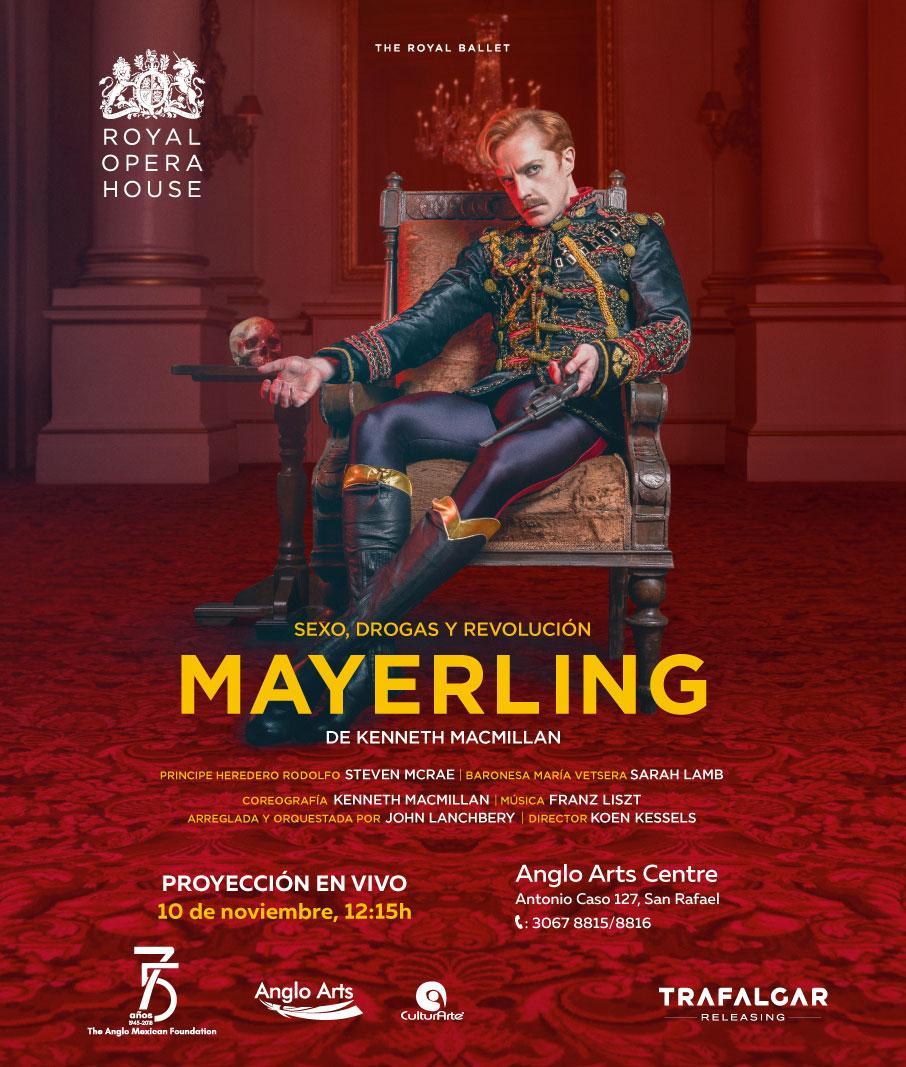 Mayerling is based on the true story of the deaths of Crown Prince Rudolf and his teenage mistress Mary Vetsera in 1889. This dark and intense ballet was created for The Royal Ballet in 1978 and is regarded by many as among Kenneth MacMillan's finest works. Orchestrated and arranged by John Lanchbery, the music of Franz Liszt sweeps the story to its intense conclusion, and sumptuous designs by Nicholas Georgiadis bring to life the formal, oppressive world of the Austro-Hungarian court.

The large-scale crowd and court scenes show the whole Company off at its dramatic finest. But it is MacMillan's choreography for Rudolf, one of the most technically and emotionally demanding roles in the repertory for male dancers, that makes this ballet so iconic. Rudolf's emotional decline is charted through daring and visceral pas de deux with his mother, his wife and Mary Vetsera - choreography that pushes classical ballet to its limits.
Coreography: Kenneth Macmillan
Music: Franz Liszt
Arrangement and orchestration: John Lanchbery
Running time: 3h15 including two intervals