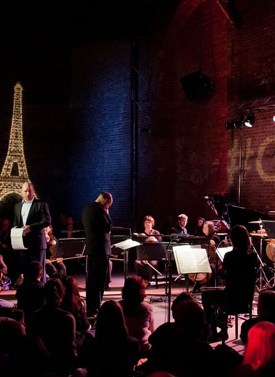 City of London Sinfonia (CLS) is the Orchestra that promises to surprise and move you. CLS involves people from all ages and backgrounds in life-enhancing music experiences to create an exciting and harmonious future together.
Led by Artistic Director, Stephen Layton, and Principal Conductor, Michael Collins, CLS regularly works with world class artists as well as up and coming talent, including in the last year: Gwilym Simcock, Mara Carlyle, Polyphony, Hugh Brunt, Roderick Williams and Elin Manahan Thomas among others. CLS performs across London at all the major concert halls and venues, as well as St Paul’s Cathedral and other venues in the City of London and on the fringes. They are resident orchestra at the capital’s popular Opera Holland Park and regular guests at major UK festivals, regularly performing at the BBC Proms, Brighton, Spitalfields Music and Cheltenham Festivals.
Thursday 21 May, 20:00
Teatro Bicentenario, León
Friday 22 May, 20:30
Teatro Degollado, Guadalajara
Saturday 23 May, 19:00
Sunday 24 May, 12: 15 – family concert
Palacio de Bellas Artes, D.F.
Programme:
Vaughan Williams Fantasia on a Theme by Thomas Tallis (14’)
Warlock - Capriol Suite (11’)
Vaughan Williams - Oboe Concerto (19’)
Tavener - The Protecting Veil (43’)
Programme for the family concert:
"The Mad Professor and the Lost Oboe"
Our soloist Dan has lost his oboe on the way from the UK to Mexico and needs your help to make one before the big concert finale, or he won’t be able to play! Calling on Mad Professor Claire to rustle him one up in her musical laboratory, join Dan and his friends from the City of London Sinfonia for this exciting afternoon of classical music, singing and audience participation, with music by British composers including Vaughan Williams, Holst and Warlock. This concert is an easy introduction to the Orchestra and classical music with plenty of audience participation and interaction and is aimed at children aged 3 to 6 years old and their families.
Past Highlights 2015