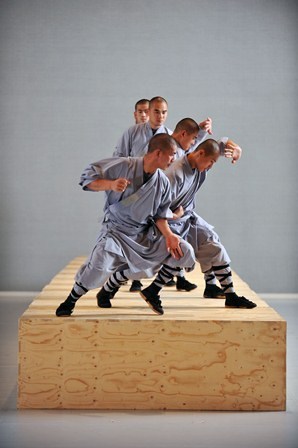 Sadler’s Wells presents Sutra at the Palacio de Bellas Artes.
Sadler's Wells London
Sutra
Choreography: Sidi Larbi Cherkaoui
Set Design: Antony Gormley
Monks of Shaolin Temple
Inspired by the skill, strength and spirituality of Buddhist Shaolin Temple monks, Sutra breaks the barrier of the ancient mystical tradition of the monks and shows a different image through dance, music and martial arts. Accompanied by the famous Belgian-Morrocan dancer and choreographer, Sidi Larbi Cherkaoui, and with live music by the Polish composer Szymon Brzóska.
Since its premiere in May 2008, Sutra has been seen by more than 60,000 people in 13 countries, in some of the most prestigious festivals in Europe such as the Festival d'Avignon in France, Festival Groningen in the Netherlands and the Fall Festival in Madrid, among others. In 2009 it returned to Sadler's Wells in London for a very successful season.
Past Highligts 2012