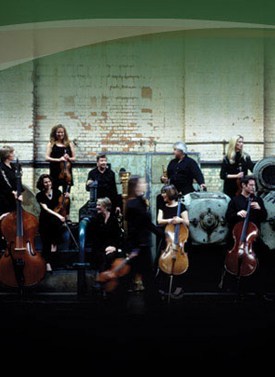 Directed by the Norwegian violinist, Henning Kraggerud
Britten Sinfonia is one of the world’s most celebrated and pioneering ensembles. The orchestra is acclaimed for its virtuoso musicianship, an inspired approach to concert programming which makes bold, intelligent connections across 400 years of repertoire, and a versatility that is second to none.
Britten Sinfonia was awarded the Chamber Music Award in 2009 and the Ensemble Award in 2007. The ensemble's recordings have been Grammy nominated, received a Gramophone Award and an ECHO/Klassik Recording Award.
Norwegian violinist Henning Kraggerud is a naturally gifted artist who combines an unusually sweet and colourful tone with intelligent expression and impressive virtuosity, drawing audiences and critics alike towards the genuine quality of his playing.
Saturday 18 June
Teatro del Bicentenario, León, Guanajuato
Sunday 19 June
Sala Nezahualcóyotl, Centro Cultural Universitario
Past Highlights 2011
http://www.brittensinfonia.com/ Source: Britten Sinfonia